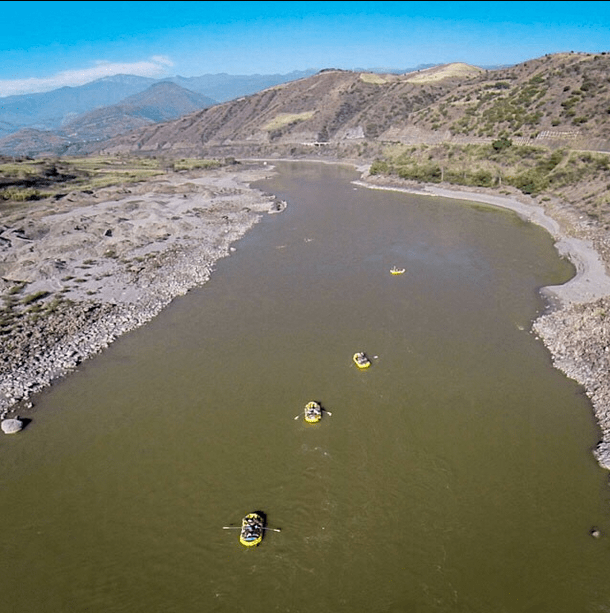 The Salween River has its sources in Tibet and meanders through the Yunnan Province in China. Measuring up to a length of around 2815 km, the water body makes its way along Yunnan, where the name of the waterway changes to Nujiang. After moving through a large territory in China, the river furthers drifts towards Burma and Thailand. Completing its journey through several countries, the Salween River finally empties into the Andaman Sea near to Mawlamyaing.

Since the Salween River moves through deep-set gorges and remote locations in the country, it is considered to have little commercial usage. Interestingly, in China the river is known as Nu River. The water body is primarily characterized by a large number of dams constructed on its entire water course.

However, even though the entire river is not available for rafting, some sections offer amazing scopes for thrilling whitewater expeditions. With enticing waves of Class III and IV, the Salween River gives enough opportunity to rafters to grab in all the electrifying whitewater action!

The river initiates from the snow peaks of Tibet and is refilled by rain waters during the months of July to September. To every rafter, rafting through the Salween River is sheer pleasure and full of excitement, as the water body moves along narrow gorges and produces frothy whitewaters. Nestled in the majestic mountain ranges, the waterway also cuts huge canyons and remote locations in its course.

The muddy Salween River is again spotted with huge black boulders on its river bed. The granite walls, the huge waves and the towering gorges all get combined to offer you a truly exotic feeling. So, join in the mind-boggling action and raft through the fantastic waters of the river, as they take you through some of the most isolated sections of the earth.