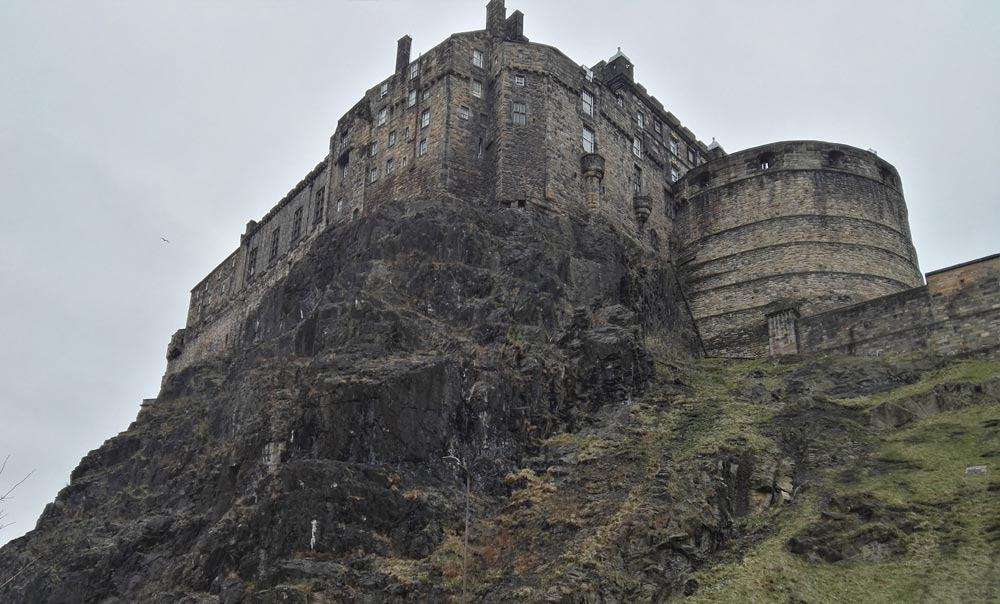 A day in Edinburgh

Recently we had two excellent Interns over from Germany. We set them a task to go and see Edinburgh on returning, write a blog. This is their experience.

Going to Edinburgh from Glasgow is quite easy. You just jump on the train and arrive there 50 minutes later.
Our strategy of visiting Edinburgh was to just walk around and hope to find interesting things.
I think sometimes this is the best way to experience a city in all ways. If you plan everything you don’t get the chance to see the hidden things you normally wouldn’t see with your completely planned journeys.
Arriving in Edinburgh the first interesting thing you see when you go out of the railway station is the Scott monument. With its old architecture, it gives you the first impression of the old city.
On the way to the old part of the city, we crossed the Scottish National Gallery and decided to go in. One reason is, that you can go in there for free and look at all the pictures they have. 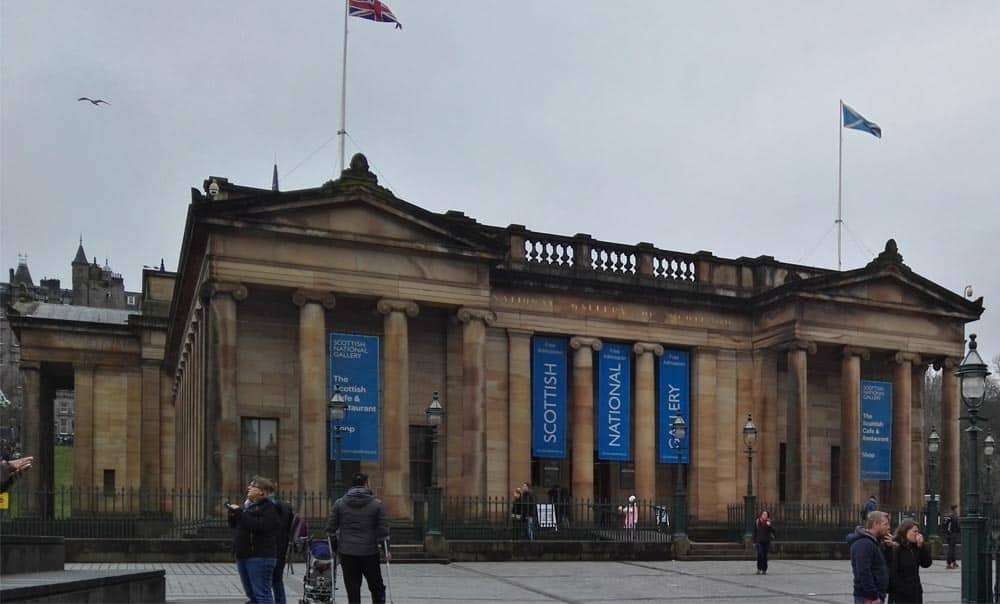 After seeing every part of the Gallery we decided to continue our way up to the old city.
Once arrived at the top we stood in front of the castle. First, we weren’t sure if we should go in because it’s very expensive so we decided to walk around in the city first.
Edinburgh is a beautiful old city but sadly you find a lot of building lots on your way. That somehow ruins the picture of the streets.

Walking through the streets you see the typical Scots in kilts playing the bagpipes.
On our way, we passed the University of Edinburgh. She is definitely not the same as the University of Glasgow but still worth a picture. The architecture is comparable to a small Castle.
When you walk down the streets and sometimes just go right or left in a small street you can find small houses that remind you of a movie from a different time. 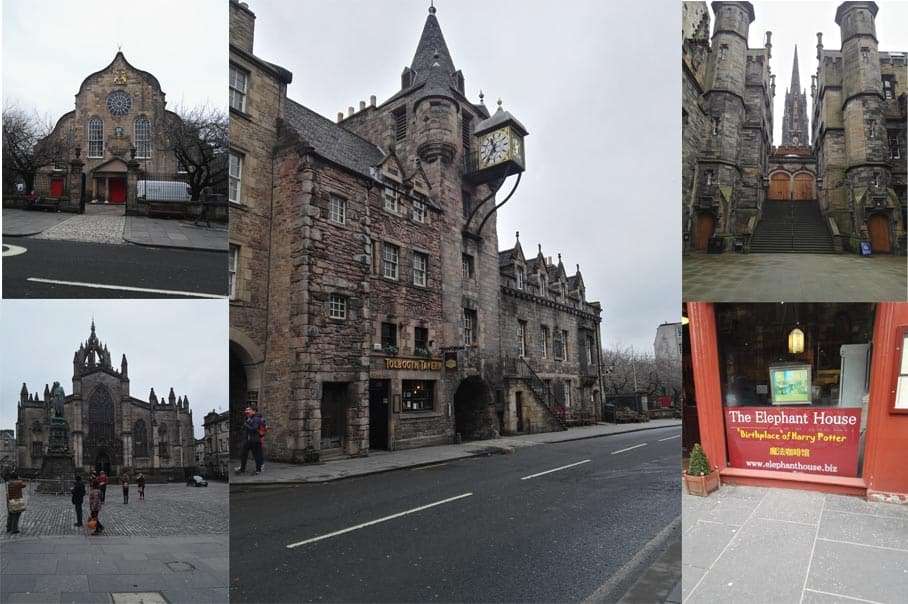 However, a disappointment is the many construction sites that are everywhere in the streets. These ruin the beautiful image of the city, even if they are maybe needed, they’re in Edinburgh in masses.

At the end of the Royal Mile is the Scottish Parliament that doesn’t fit into the cityscape with its modern design. I just can’t imagine why you build such a building in the middle of a beautiful old city.

On the other side if the street you can see the Queen’s Gallery. You can also buy tickets for the Holyrood Palace there, but this is a big construction site so we decided to not go in.

As a restaurant for our lunch, we chose a small but modern restaurant that has many things you can choose from. We had a burger, a Haggis burger and a British Burger, but unfortunately, both were very disappointing. The taste was not very good and the fries were definitely not fresh made.

After that, we saw the ugly side if Edinburgh. We made our way to another part of the old town and had to walk through the slightly older area of the city. The houses there looked rather shabby and unkempt and the flair of the city was gone. 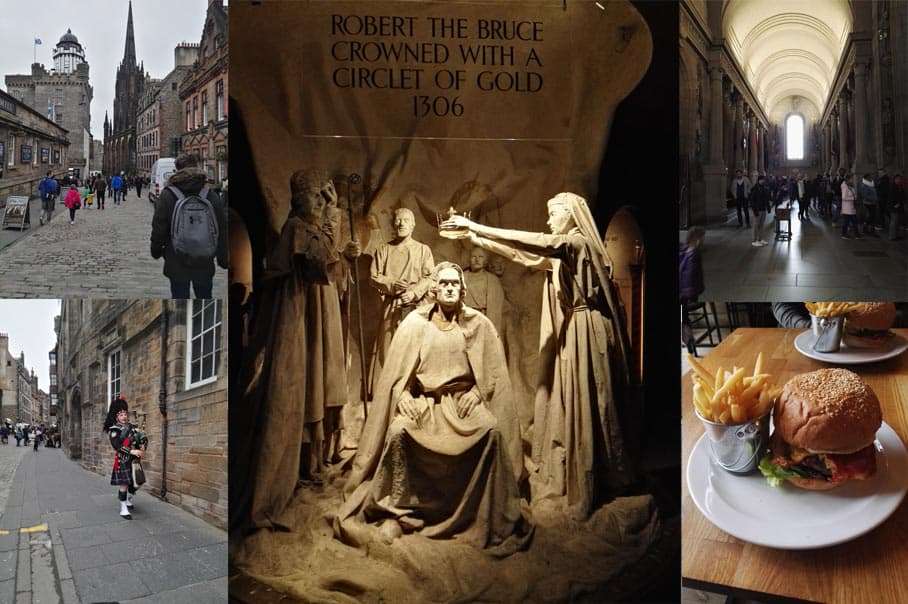 On our way we past coffees like a Frankenstein coffee or the birthplace of Harry Potter.
Harry Potter fans feel definitely comfortable in Edinburgh and can buy many Harry Potter memories in the stores. From magic wands to the typical robes, there is everything you could wish for.
When we walked through the hole city we arrived on the other side of the castle, and from there you can see the castle on the edge of the cliffs. A beautiful sight that can’t be seen on the photos, it just doesn’t look as beautiful as it really is.

Once there, we decided to go in the castle to see everything we can in the time we spend there. After all, you’re not in Edinburgh every day and should make the best out if the time.
There was a huge crowd of people on its way to the castle and you already can imagine that the castle will be full of tourists. Once in the castle, we tried to visit everything there. The castle poorly was very disappointing because everything was designed for tourists and didn’t look like a castle anymore. Sometimes we had to spend much more time in the different rooms because there was just no way to get out of the crowd.
Some of the things that would have been interesting just were closed and you don’t even get an information about that before going to the castle and spend so much money for it.
I wouldn’t recommend the castle to other because you just spend so much money and don’t get very much for it.
The city is not as big as expected, you can easily walk through the whole old city in 3 hours and for the new part of the city, you really don’t need more than 1 hour.

I think we got a good impression of the city on this one day and we would definitely recommend Glasgow before Edinburgh. In Glasgow, the beautiful and stunning old buildings seem to have no end. Besides others, you have a much bigger selection of museums and points of interest than in Edinburgh. While one day in Edinburgh is enough, you will not be bored in Glasgow after three or more days.